Lead Us Not Into Temptation 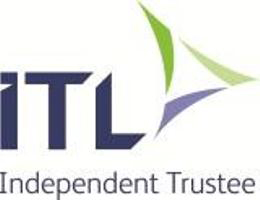 One topical issue facing trustees of a pension scheme is to ensure that there are no conflicts of interest which has been described in terms of ‘lead us not into temptation’ rather than ‘deliver us from evil’.

The religious language serves to emphasise the moral and legal duties and responsibilities faced by trustees. Conflict of interest is a constant companion for pension scheme trustees, in particular if they are also employees of the sponsoring employer or members of the pension scheme or, as is often the case, both. This can be viewed as a conflict of interest versus duty.

The recent ruling by Mr Justice Charleton on the Element Six case has provided some useful judicial comment on conflicts of interest faced by trustees.

Trustees owe to the members of the pension scheme a duty of good faith and fidelity. Trustees are not entitled to put themselves into a situation of conflict of interest - ‘lead us not into temptation’.  A situation of conflict can arise where the trustees are influenced by how they themselves may profit or benefit from any decision they make. Given the often overlapping roles of the trustees as sponsoring employers, employees and members how to deal with these multiple roles and manage potential conflicts of interest needs to be a regularly considered. It is better to anticipate and deal with potential conflicts of interest in advance than to later have to ‘deliver us from evil’.

During the Element Six case it was argued that conflict of interest may be overcome in three ways:

On a practical level when trustees are considering potential conflicts of interest they should:

Once a potential conflict has been identified it can be managed by:

What is clear it that trustees will face potential conflicts of interest and need to have a process for dealing with them. When a pension trust is set up the sponsoring employer and members have an expectation that the trustees will act honestly and in good faith. Mr Justice Charleton summaries this trustee obligation “Clarity of conscience and ability to think both clearly and objectively is thus required on any decision that impacts on the management of the trust for the benefit of those for whom it was set up. No matter what is said in a trust deed, this fundamental obligation can never be departed from.”