Harry was appointed Chairman of the Board of Directors in July 2014. He spent most of his executive career in the financial services industry in Ireland, including 12 years at Chief Executive and Board level in Cork & Limerick Savings Bank, TSB Bank and Permanent TSB, from which he retired in 2002.

He is an experienced Chairman and Non-Executive Director, across a variety of industries. He serves as Chairman of Bank of Ireland Mortgage Bank and of the Johnson & Perrott Motor Group. He is also a member, and former Chairman, of the Supervisory Committee at Royal Liver Assurance Sub-fund, part of the Royal London Group, and is a Council Member of the Institute of Directors in Ireland.

Educated at CBC, Cork, he holds a BBS from Trinity College, Dublin and is a graduate of the Owner-President Management Program of the Harvard Business School. He is a former President of the Institute of Bankers in Ireland and of the Chartered Association of Certified Accountants in Ireland.

Back to Our Team 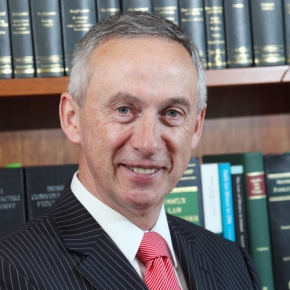